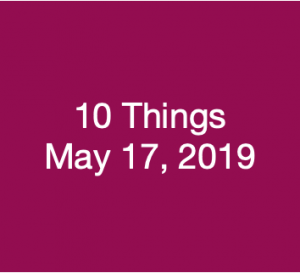 I’d say, “Happy Spring,” but it doesn’t seem as though spring has arrived just yet. Ha! Here are 10 Things Carroll County DEMs can know about what’s going on around these parts.

1. Carroll County Caucus — On May 5th, the county had its caucus. Rep. Butler was glad that we didn’t have 100 people in attendance (since he would have had to do a handstand had we hit the 100 number). But — we did have 72 voters and 15 guests. It was a very full room at Runnell’s Hall. And it was a great vibe. Good job, everyone, for spreading the word and making sure we had an awesome county caucus. Many thanks to our guest speaker Rep. Denny Ruprecht who is the youngest NH House Member. He is from the next county north. He was awesome! 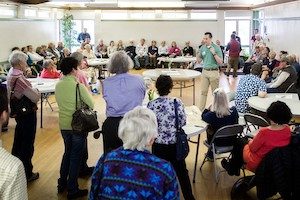 2. County Leader Elections — We had an election of leaders of the Carroll County DEMs. Many thanks to all of the nominees for the positions. Elected to serve were: Knute Ogren, Chair … Erik Corbett, Vice Chair … Patricia Pustell, Secretary … Bill McKay, Treasurer … and LeeAnn Stevens & Caroline Nesbitt, members-at-large. The six leaders will be meeting next week to think about the work that needs to be done and the manner in which we can do that work together. When the leadership team can work well together, the organization has a much better shot at being healthy and effective. Send good vibes to the leadership team.

4. The Moose Mountain Area DEMs has also done some planning for a new summer event which will take place on July 27. This is something that is taking the place of the Democrats & Daylillies event which has been hosted by Martha Pike for years and years. The new event called, “Democrats in the Wakefield Villages” will be a time to connect with candidates and think deeply about issues we face here in Carroll County and the whole state of New Hampshire. Just a note: Wakefield went for Trump over Hillary about 2:1. One way we can help our county continue on its road to blue is to invest energy into the southern part of the county (which tends to be redder than the northern part).

5. The Wolfeboro Democrats will meet on May 20 at 7 PM at the Wolfeboro Inn. There is no charge and no expectation for participants to buy anything. But lots of people do. It’s a good way to thank a local business that makes space available for meetings. The Wolfeboro Democrats is one of very few towns in the whole county to have a full slate of officers. It’s a testament to their organization skills and attention to detail. Wolfeboro leadership can be a big help to town leaders throughout the county as we seek to grow participation and increase energy output. If you live in or around Wolfeboro, get to their Monday meeting on May 20th. They’ll gladly welcome you! WOLFEBORO DEMS ON FB

6. The Carroll County DEMs will be hosting a booth at White Mountains Pride on June 29. This the first time there will be a Pride event in the county. LBGTQ persons need to know that there is one party that is working tirelessly for their rights. Are you aware that Republicans at every level are working to strip LGBTQ rights. The fight isn’t over. If you are someone who is willing to work for an hour or two at the Carroll County DEMs booth on June 29th, please send word to county At Large Member, LeeAnn Stevens: LeeAnn’s EMAIL

7. Greater Ossipee DEMs will be having events in the coming weeks at Hobbs Tavern in West Ossipee.

*   Campaign spokesperson, Steve Marchand on May 21st at 6:30 PM who will be speaking about candidate Andrew Yang.

There is no charge for any of these events which will be held upstairs. It is hoped that (as a TY to Hobbs) folks will grab a beverage or a bite downstairs before or after these meet ups. learn more about these visits from campaigns: CLICK HERE 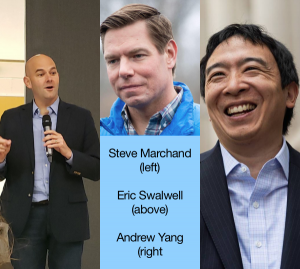 8. The Valley DEMs will be having a fantastic event on June 2 at Runnell’s Hall. Here’s text from their invitation from Facebook CLICK HERE

9.The Conway DEMs will be hosting Maria Dieters and Adam Altendorf who are representatives from Candidate Elizabeth Warren’s campaign. They will be visiting the regularly scheduled meeting of the Conway DEMs (May 21 at the Conway Library). Learn more by contacting Conway DEMs chair Ellin Leonard: mailto:ellinleonard@gmail.com 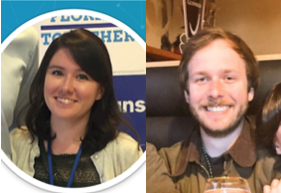 10. There’s a lot going on in the county. If you know about something going on and want it included in a *10 Things” message, give a yell to Knute at: knute4nh@yahoo.com

Thanks very much. Spread the word.